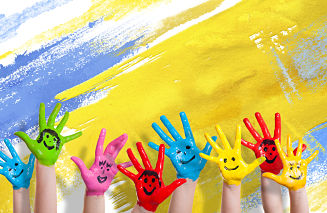 I own an 8,000 sq. ft. preschool in Snohomish WA and continually have colds, flu etc. being passed from one child to another. With 180 families attending the school, it can be a huge problem in the winter months. Prior to owning the school, I had a 30 year career in Facility Management so I know my way around heating ventilation and air conditioning systems (HVAC). When I first heard about the UV sanitation systems I was intrigued but they were being sold by a “home based” distribution company and the bulb life was short.

Then I was introduced to the RGF Environmental’s Guardian Air Technology by my HVAC representative and I decided to give it a try since it was backed by a reputable firm and the bulb life was twice as long as the other model. I have three rooftop units and I choose the magnetic mount which is powered by the units control system to keep the installation costs down. It was installed in December and I did not tell the teachers or parents what I had done to keep from having a placebo effect occur.

Over the next four months I felt that it had a dramatic effect on illnesses but I could not substantiate the results, because the whole school was being covered so there was no base to compare. Using the month’s before installation was not fair as there may or may not have illnesses “going around” at that time. There are 4 other schools within a 20 mile radius of us that are part of the same franchise so I know that there procedures for cleaning are the same as mine. I asked them for their illness logs to compare. After editing the logs for illnesses such as ear infections, broken arms etc. that are not due to the spreading of “germs” my instinct was confirmed. Our school had 40% fewer call outs due to illness than the other schools. Their numbers were very close to each other.

I am more than happy with the results and my only regret is that I did not choose the model that was independently powered so that there was continual cleaning even when the fan unit was not operating. I have recommended the Guardian Air technology to the other schools and they are having them installed as well.