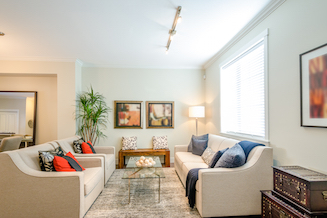 Thank you so much for installing the REME HALO Air Purification System on our home. We were in a desperate situation to find a way to decontaminate our home from a formaldehyde contamination. New furnishings we had purchased May 1, 2015 was highly contaminated with formaldehyde and remained in our home for two months before we realized it’s toxicity had infiltrated our home and had caused sever health issues with my wife. My wife’s face, neck, chest, arms and hands became highly inflamed and then infected, the doctors told her that her home was still contaminated and that is why it would not heal.

When we told Russell of our crisis with our home and health he and Ryan were immediately at our door the next morning. Ryan made a simple attachment to our existing furnace system of the HALO filter within an hour. He stated that within 5-7 days we would see an improved difference Within 48 hours we could tell a difference in the toxicity in the home and within a week the home air quality was very much improved. My wife began to see a significant healing with her burned skin and skin infection by two weeks. Her doctor was amazed at her quickened improvement. We are positive it is in part because of the HALO filter system. We gladly placed in our doctors hands information on the HALO system. He was very impressed.

What Russell and Ryan R. stated the system could perform is exactly what occurred, within the exact time period. We highly recommend this system to anyone who is seeking an air purifier for their home.