To eliminate the problem, RGF donated and installed eight (8) REME HALOS® and five (5) Guardian Air QR+ units into the building’s 13 air handlers. The air handlers throughout the building were primarily 2-5 ton residential units located in the ceiling with CFM ranging from 800-2000. The Guardian Air QR+ was installed on the smaller units and the REME HALO® on the larger units. The entire air-conditioned space was treated, including the lobby, conference room, computer server room, occupied and unoccupied office areas, storage areas and walkways. 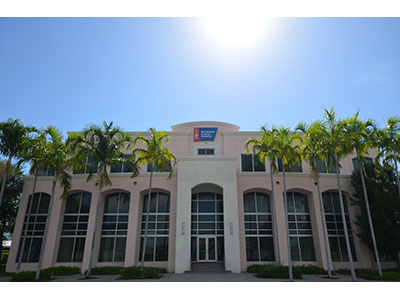 Two months after installation, air samples were tested from the same seven (7) indoor locations throughout the space. Mold was reduced by 100%, and bacteria was reduced by 67%. The musty odor was completely gone.

“Our building has a fresher, cleaner feel than ever before. The significant reduction in particulate, mold, microbes and VOCs has greatly improved the environment for our valued staff, volunteers and cancer patients” said Chris Snyder, American Cancer Society Florida Division.

RGF’s patented PHI-Cell® technology, tested and validated by third party independent labs and universities, proactively reduces bacteria, mold and viruses in the air and on surfaces by 99%, while also decreasing odors, smoke and VOCs. In addition, through bi-polar ionization, the REME-HALO® has the added benefit of reducing airborne dust and particles.

About the American Cancer Society
The American Cancer Society is a global grassroots force of more than three million volunteers saving lives and fighting for every birthday threatened by every cancer in every community. As the largest voluntary health organization, the Society’s efforts have contributed to a 20 percent decline in cancer death rates in the U.S. since 1991, and a 50 percent drop in smoking rates. Thanks in part to our progress, nearly 14 million Americans who have had cancer and countless more who have avoided it will celebrate more birthdays this year. We’re determined to finish the fight against cancer. We’re finding cures as the nation’s largest private, not-for-profit investor in cancer research, ensuring people facing cancer have the help they need, and continuing the fight for access to quality health care, lifesaving screenings, clean air and more. For more information, to get help, or to join the fight, call us anytime, day or night, at 1-800-227-2345 or visit cancer.org

RGF Environmental Group, Inc., a U.S. engineering, design and manufacturing firm based in South Florida, manufactures over 500 environmental products and has over 2,000,000 systems installed worldwide. The company is represented in 33 countries providing the world with the safest air, water and food without the use of chemicals. RGF maintains a Research and Development staff that is involved in FDA, USDA and University Environmental Studies and continuously improves existing systems and develops new award-winning products.